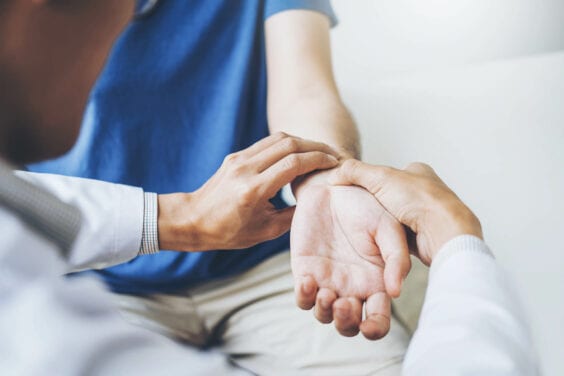 Carpal Tunnel Syndrome is the most common nerve compression resulting in significant pain, suffering, time off from work, and ultimately surgery. Unfortunately, Oklahomans don’t realize that most physicians and healthcare professionals evaluate, diagnose, and treat carpal tunnel disease the same way they have for decades. Ultimately, this leads to slow evaluations, delayed diagnosis, increased recovery time, and extended time off from work.

Below I will update you on the latest approaches for addressing your carpal tunnel symptoms. Imagine having your evaluation, diagnosis, and possibly even getting treatment all in a single office visit!

This is probably one of the most common myths I address about carpal tunnel syndrome diagnosis in my specialty practice. In fact, an overwhelming majority of doctors and healthcare professionals are unaware that carpal tunnel syndrome can be reliably diagnosed with a painless in-office imaging study. I routinely perform evaluations of the carpal tunnel using an advanced high-frequency ultrasound technique that enables painless direct visualization of the nerve inside the wrist. I utilize several protocols specific for carpal tunnel anatomy, and the sensitivity and specificity of these tests are reported to be as high as 97% and 100%. Given the high accuracy of the test, it is very rarely necessary to have patients perform a painful nerve study following this test. Again, most physicians are unaware of this clinical advancement, but we are working hard to educate them!

Myth #2: The only treatment for carpal tunnel is a painful, invasive surgery

This myth is often heard in the halls and offices of primarily surgical facilities. The challenge is that most surgeons were trained to perform carpal tunnel release surgeries using approaches pioneered almost a century ago. However, utilizing modern alternatives to the traditional open surgical release technique, both total recovery time and return to work can be dramatically improved. After the failure of conservative treatments such as night splinting and physical therapy, modern alternatives to traditional open surgery include:

It is interesting to note that Sir James Paget first clinically described carpal tunnel syndrome in 1854. Sadly, the patient ultimately had his hand amputated due to the severity of the pain experienced. It wouldn’t be until seventy years later, in 1924, when Drs.Herbert Galloway and Andrew Mackinnon performed what is considered the first carpal tunnel release. It would be another fifty-three years until the first surgeon performed an endoscopic carpal tunnel release in 1987.

This myth is easily dismissed when choosing another treatment option beyond traditional carpal tunnel release. The modern treatment alternatives discussed earlier all require much shorter recovery and healing times. For example, the complete release technique used in the ultrasound-guided micro-carpal tunnel release allows return to work in as little as 3 to 6 days.

Provided you choose a modern treatment alternative, you may only require local anesthesia with lidocaine which significantly decreases the expense of the procedure and reduces anesthesia side effects.

Myth #5: Carpal Tunnel Procedures are Performed Only in Surgical Facilities

As you can see, there have been many advancements in the evaluation, diagnosis, and treatment of carpal tunnel syndrome over the last 150 years! In order to benefit from these significant advancements, it’s essential to seek out professionals experienced in the use of high-frequency ultrasound diagnostics and precision-guided carpal tunnel treatment.

If you think you may be suffering from carpal tunnel symptoms and are concerned about your current options, you deserve a second opinion! Our cutting-edge pain-free diagnostic techniques (no needles!), surgery-free treatments, or permanent micro-release procedures are revolutionizing carpal tunnel treatment in Oklahoma. Contact us today to schedule an evaluation with a specialist! 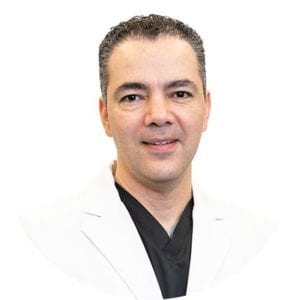 Dr. Keley John Booth, MD is a Board Certified Diplomat of the American Board of Anesthesiology and has a vast clinical background in treating a wide variety of pain conditions. Dr. Booth is the President and CEO of Elite Pain & Health, a statewide Oklahoma-based Interventional Pain Management practice. During his time at Elite, he has passionately pursued his goal of providing a patient centered pain care experience focused on achieving quality of life and optimized functional status for patients. Areas of specialty pain treatment include both spine and joint related musculoskeletal conditions. If you suffer spine, neck, back, low back, sciatica, sacral, or major joint pain related to knees, hips, or shoulders – Dr. Booth’s team at Elite has the vast experience and training you can trust for your best pain relief.